From my last post about I-20 issue, here is a link to my MSN blog if you want to read more about the progress: http://notebank.spaces.live.com/

Thank you everyone for cheering me up and always asking for the progress of the case. I’m appreciated your care.

Ok, let’s talk about the Thailand’s Silk Revolution. I don’t know why they call it “Silk Revolution,” but this title is from Time.com. You can read more detail from:
http://www.time.com/time/asia/covers/501060417/story.html

Since the revolution took place, I’ve been talking with friends regarding this matter. For Thais, this is not the end of the world. As the matter of fact, Thailand has been under revolution quite often, 2-3 times in my life time at least, and most of Thais are not really excited with this. I didn’t say that we don’t pay attention to the situation, but it is nothing to be panic.

Personally, I don’t have anything against this revolution. Unlike the prior Thai’s revolution, I’m quite relief that this time it happened quick and peacefully. However, let me make myself clear on one thing. That I agreed with this military act was not only because I didn’t like the Thaksin’s government (Thaksin was the Thai’s prime minister before the revolution) but the political conflict that had been running between the government and groups of people who wanted him to be gone was going on and on without any sign of ending. Thaksin is one of the richest guy in Thailand, and with that, he has power! I could say that he almost bought the country by paying everyone in order to get what he want. His party became the biggest party in Thailand after only 1 year of establishment. For many reasons, I don’t see that he would let go of his power anytime soon. Even if he were forced to step down, he would undoubtedly use someone as his puppet anyway.

Being forced to step down by military might be the absolute end to the conflict. If Thaksin still remained in his power, I’m afraid that he might have hurt our country even more. (How? man… that is another long topic. I’d rather not discuss here.)

Only sad thing from this revolution is that it is a sign of democracy failure. It means since the last revolution, when people shed blood, our country did not go any where. Democracy in Thailand is still being used only to serve the greed of some groups of people. How sad!! 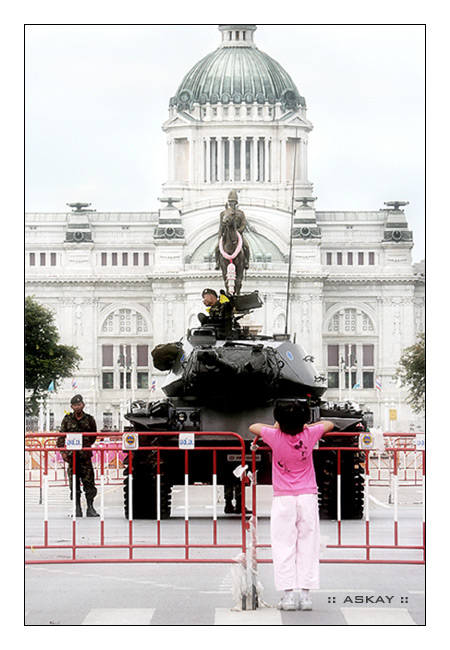 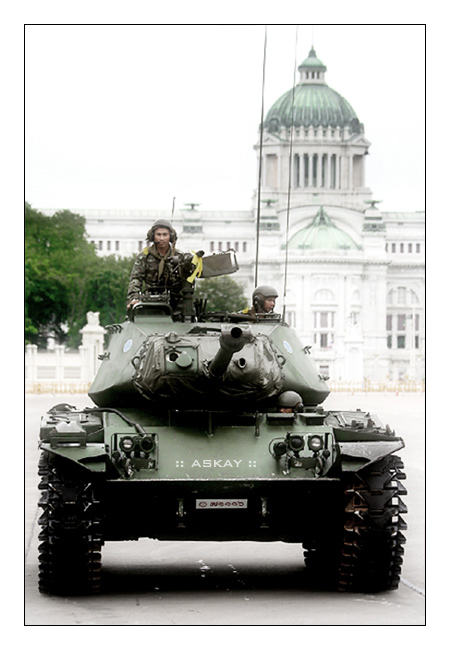 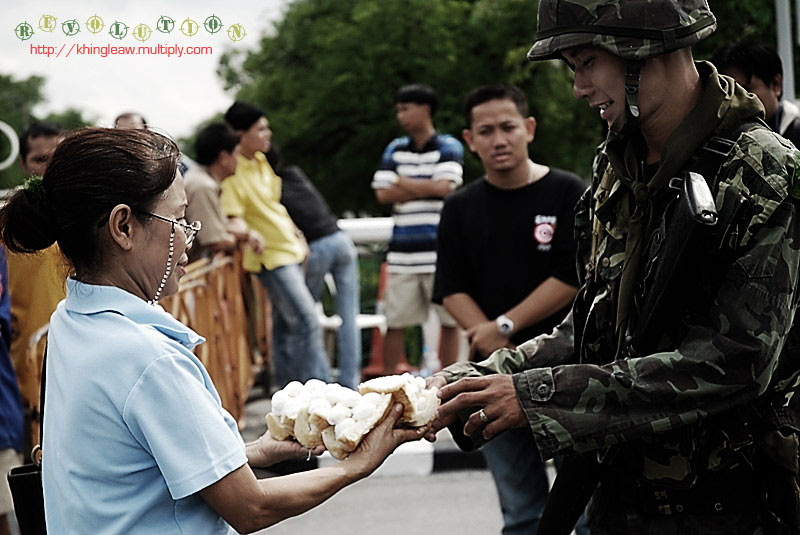 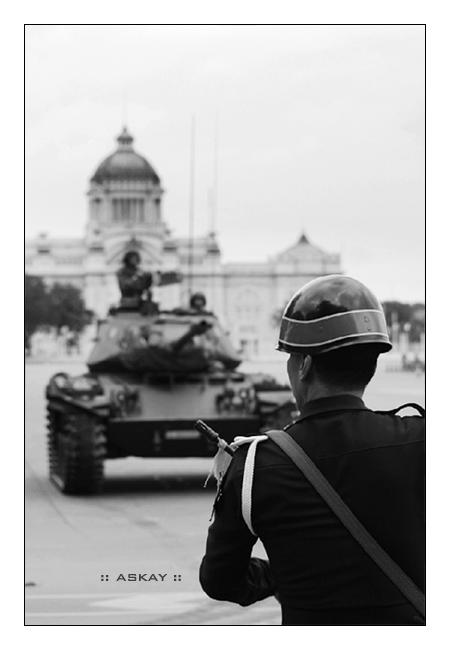 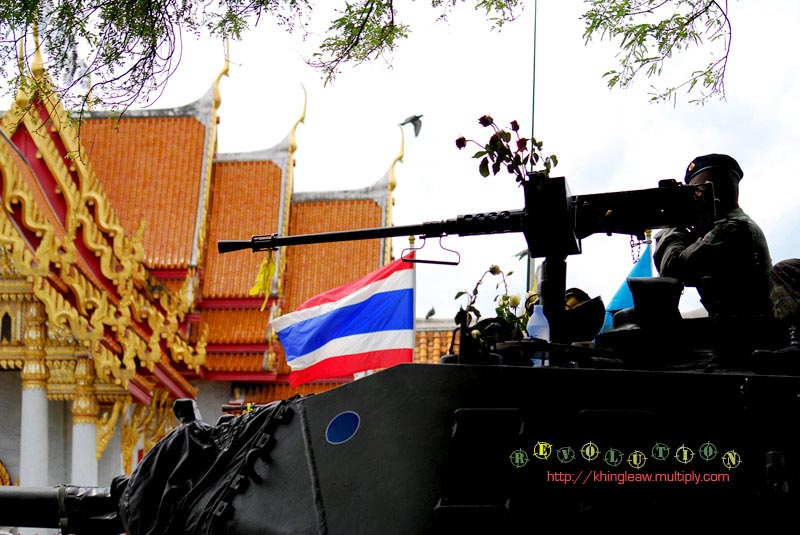 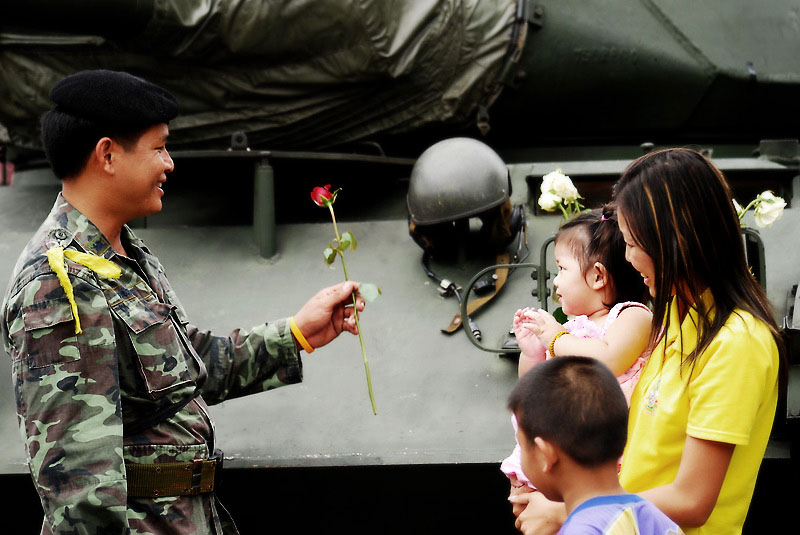 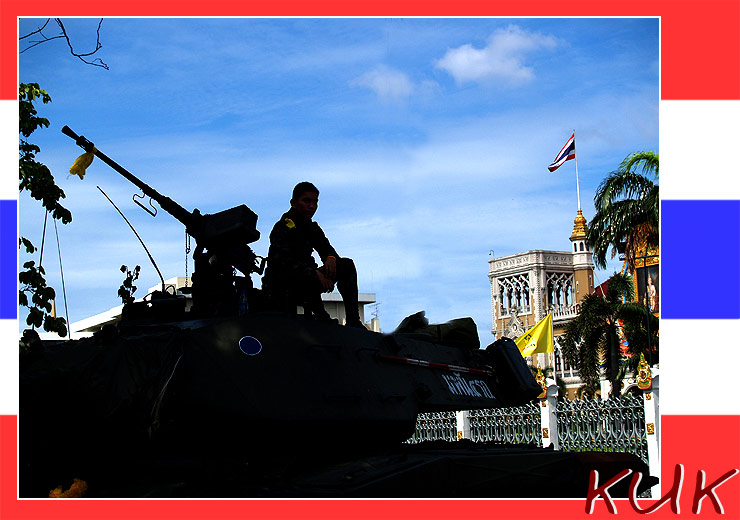